We want to hear from you regarding our plans.

The site comprises 54 hectares in total and is in the shadow of Craigforth Crag which dominates the centre of the site. The Crag is almost entirely encompassed by a designated Ancient Woodland. Craigforth House, a B Listed, former stately home is set into the Ancient Woodland on the north-east corner of the Crag.

The current use is Prudential’s existing office operations which wrap round the north side of the Crag. This involves buildings which house around 3,000 employees and also includes a large proportion of the site being covered in car parking (over 1350 spaces). The buildings are predominantly offices, designed and built in the 1970’s, mostly coloured white with flat roofs.

The site is located to the west of Stirling in Central Scotland and encompasses the established Craigforth Campus. It is on the south west corner of Junction 10 of the M9 and is accessible from the A84. The site is bounded by a meandering section of the River Forth to its west, the A84 to its north, the M9 to its east and flat agricultural land to the south. 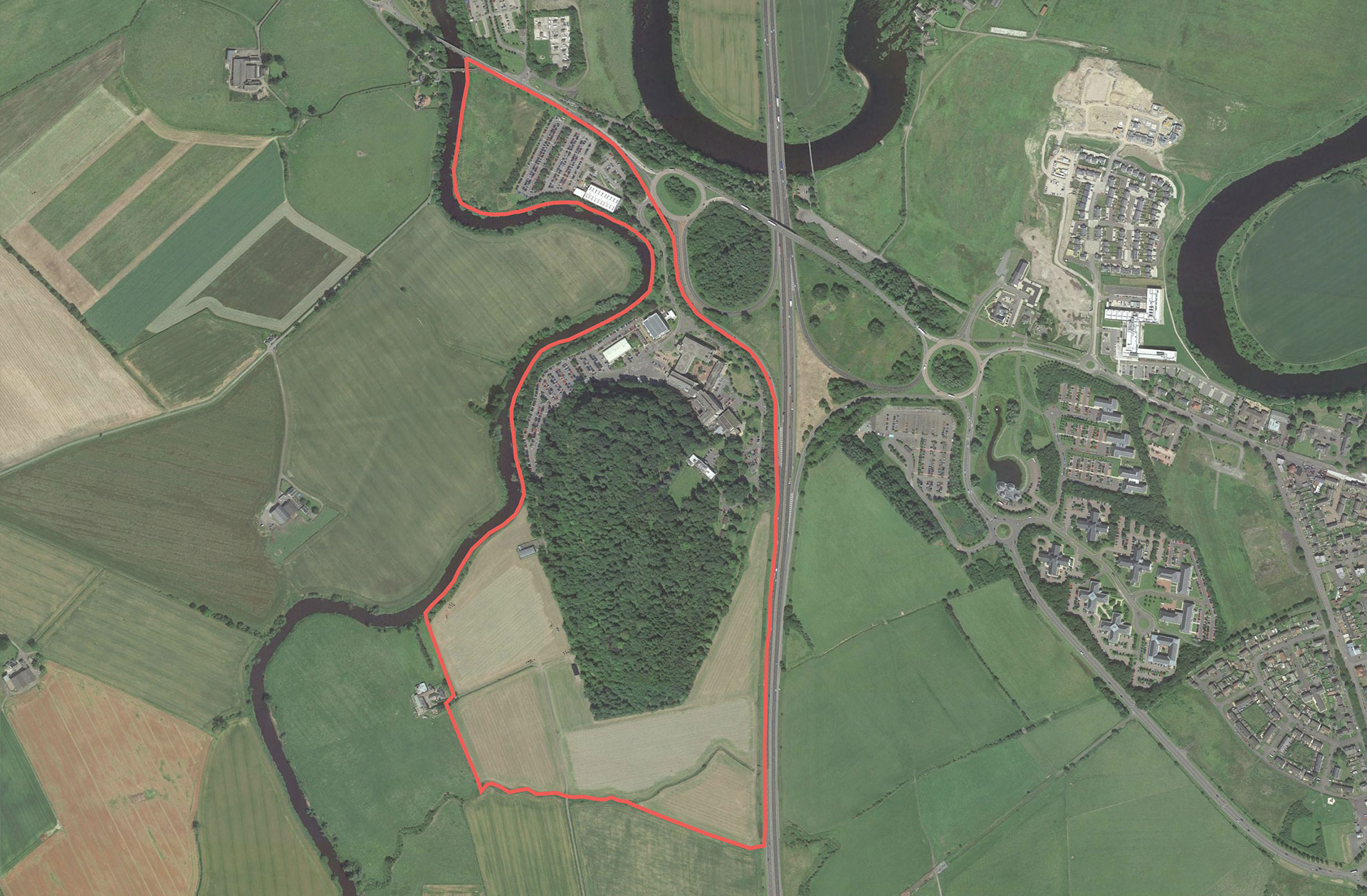